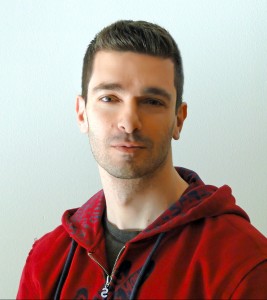 Early Blight disease of potato crops had traditionally been attributed to the pathogen Alternaria solani. Recent findings aided by advancements in molecular techniques of species identification and taxonomy indicate that there are more Alternaria species present and attributing, to what now should be referred as the Early Blight Complex.

Main objective of my research is to better the understanding of the disease complex on potato crops. The idea is to obtain a better understanding of the dynamics between the pathogens that participate in the complex by investigating differences in their biology, host interactions, pathogenicity, epidemiological characteristics and their genetic diversity.

I am interested in investigating the impact of the Early Blight Complex on potato crops by examining variations in host-species interactions and how those might affect crop yield and spread of the disease in a potato field.

Another objective of mine is to create a mathematical model of disease spread over the field. The model to be developed will be used as a learning tool to enhance our understanding of the disease and its development pattern, as well as to check the various hypotheses formulated as to where the disease originates from in a potato field.

Different Alternaria spp. were examined for their ability to cause early-blight of potato, focusing on detached leaf and whole plant field assays. The novelty of this work is that it systematically tested all species of Alternaria that have been “suggested” to cause early-blight symptoms on potato plants. It was found that small-spored Alternaria species are significantly different from the large-spored species, with small-spored species such as A. alternata (syn A. tenuissima), A. infectoria, and A. arborescens being unable to cause early-blight symptoms in our tests. We also investigate the possibility that small spore species may interact with large-spored species; A. solani, A. grandis, A. linariae (syn. A. tomatophyla) and A. protenta. However, the presence of small spore species did not enhance infection by large spores species, their presence in an Early-Blight epidemic having no effect on disease progress. This has profound implications on disease monitoring and control.

To gain insights into the Alternaria inoculum flow samples were collected from fields showing signs of early blight infection, fields up to 1.3 Km away and fields were early blight was found in previous years. The UK potato growers showed a lot of interest in this project, and supported the work by providing samples from their own potato fields from across the UK. Alternaria isolates from the Westerdijk Fungal Biodiversity Centre in the Netherlands were also included, and analysed along with the isolates collected in the UK. DArT-Seq DNA SNP markers were used to analyses these isolates. Incursion of

Find more on Ioannis on LinkedIn: