Population and pathogenicity dynamics of the Brassica pathogen Verticillium longisporum 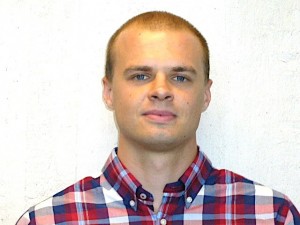 Jasper is investigating the impact of British Verticillium isolates on oilseed rape. Recently, this pathogen was reported in the UK for the first time on this crop. Jasper will trace the geographical origin of Verticillium and assess the variety within the British population. In addition, the genome of a couple of isolates will be sequenced and subsequently analysed to find intraspecific variation related to the pathogenicity of Verticillium.

Verticillium disease in oilseed rape is caused by V. longisporum. The crop develops unilateral dark stripes on the stem at the end of the growing season. In a further stage, the stem may crack and microsclerotia appear on the stem surface. In contrast to other crops, Verticillium causes no wilting symptoms on oilseed rape, but rather accelerates the senescence of the crop at the end of the growing season.

Jasper started his four year project in September 2014 and will partly spend his time in Wageningen (Netherlands) and Cambridge (UK). He is originally from Belgium and studied for his BSc and MSc in Bioscience Engineering at the University of Ghent. Jasper did his MSc thesis at the phytopathology laboratory of Gent University with prof. dr. ir. M. Höfte as promotor. Here Jasper investigated the interactions between benign and pathogenic Verticillium isolates in tomato. Jasper was appointed the Max-CROP project the same year of his graduation.